Andy Pankakes is a maverick in his field. His infectious energy and melodies will have you on your feet singing along and leave you squirming on the floor in laughter and tears. Seemlessly blending an eclectic mix of genre from Soul/Funk/Hip-Hop/R+B to Folk/Americana to good ol' Rock n' Roll, Mr. Pankakes has created his own sound which he dubs "Breakfast Music." It's music you want to wake up to, then eat for lunch and dinner. Carefully crafted guitar lines dance between syrupy keyboard harmonies, funky bass thump and smooth buttery drum grooves.

Tammi Brown, Vocals- Tammi Brown is the fresh and new voice of the award-winning Lost American JazzBook, recently nominated for Best Jazz with Vocals album in the 18th IMA (Independent Music Awards).  Brown has performed with some of the most notable Music Industry Icons known to the world including renowned Music Producer, Quincy Jones, Stanley Jordan, Dr. Maya Angelou, Joan Baez, Spyro Gyra, and Eric Bibb to name a few

Eddie Mendenhall, Keys- Eddie Mendenhall is an exceptional pianist and composer who currently performs throughout San Francisco Bay and Monterey Bay areas. Eddie attended the Berklee College of Music in Boston and went on to graduate with a degree in Jazz Composition. He then moved to Japan for 7 years and became one of the busiest pianists in Tokyo performing in jazz clubs, hotels, and embassies.

Dan Robbins, Bass- Dan Robbins has played and recorded in settings ranging from solo, duo, trio, etc. to big band and orchestra, and is known for driving, creative, harmonically and melodically rich background and lead parts on bass. He doubles on both acoustic bass, and four, five, six, and seven-string electric bass, in styles ranging from solo jazz chord-melody arrangements, to hard-swinging jazz double bass accompaniment, acoustic and electric funk, Brazilian, Afro-Cuban, Carribean, rock, R&B, blues, tango, Indian, and fusion styles, as well as arco (played with the bow) classical and comtemporary interpretations of composed music. He is also known to employ looping and effects to create the impression of a “one man band”.

Javier Torres, Drums- Javier Torres is an exceptionally rock solid drummer. He's played with bands such as Circa Survive and RX Bandits and plays a wide range of styles/grooves. 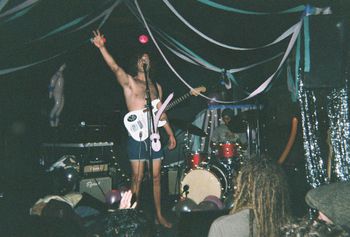 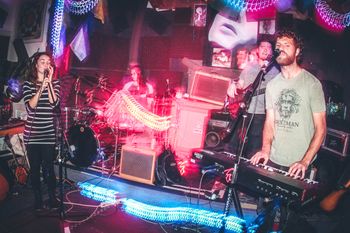 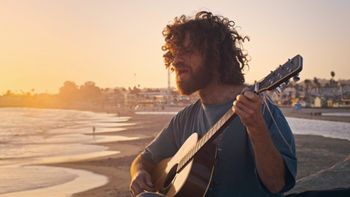